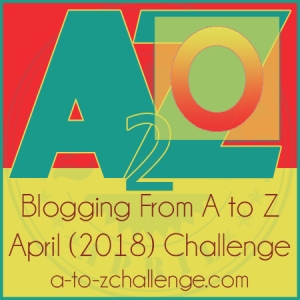 We are pleased to participate in the A to Z Blog Challenge (http://www.a-to-zchallenge.com/).  The Story Crossroads theme for this year is Kindness Across Cultures: Stories to Prove We Care.  Each post highlights present-day and folktale examples.

Orkney Islands of Scotland display such dramatic hues of greens and blues that it can catch one’s breath.  Being surrounded by such beauty can bring out the inner beauty.  This is a picture of part of the Orkney Islands by Martin McCarthy.

One hundred homes in the Orkney Islands were visited by firefighters to ensure that everyone could live in safety.  Known for those straw-backed chairs, those are not the only things flammable.  These firefighters checked the smoke detectors and shared safety tips for free while going home to home from April to June in 2017.  People opened their homes and the whole neighborhood was united.  Find out more here:  http://www.firescotland.gov.uk/news-campaigns/news/2017/08/orkney-scrutiny.aspx.

This Scottish story is called “Kate Crackernuts” and can be found in the book “Magical Tales from Many Lands” retold by Margaret Mayo, published by Dutton Children’s Books.

A few other versions are available here:

Here is a summary:

A royal family had two Kates because the King’s first wife had died and then remarried.  These two stepsisters loved each other. The queen was jealous that her Kate was not as beautiful as the first Kate.  The queen turned to the witch/hen-wife to curse that Kate to be uglier. The witch said she must arrive without eating or drinking anything. That Kate nibbled on something unaware of this deal.  Kate was sent back until finally the queen had to escort her to make sure Kate did not eat anything. When Kate lifted the pot of the witch/hen-wife, she saw a sheep’s head that then became her own. The queen’s Kate was upset and left with this Kate to seek their fortune in the world. The queen’s Kate worked as a kitchen maid in another kingdom and lied that her sister was sick so the sheep-headed one would not be embarrassed. This king had two sons, and one of the sons was sick.  Anyone who went to watch the sick prince was not seen the next day. The queen’s Kate was brave and sat with the prince for a bag of silver.  At midnight, the prince arose and jumped on his horse. Kate jumped behind. The prince came to a hill and called out to let he and his horse and hound in and Kate added “and his fair lady.” The hillside opened and the prince danced and danced with many ladies. This was the hall of the fairy folk. She hid in the shadows or she could be caught in this land forever. A fairy child played nearby with a wand and someone said to be careful for only three flicks of that wand would make the lady with the sheep’s head return to her beauty. Kate rolled out some hazel nuts, distracting the child, and took the wand. She rode back with the prince back. She waved the wand and restored her sister’s head. She ate and cracked the hazelnuts from that land. She watched the prince for a second night and asked for a bag of gold from the king. She entered the fairy land as before. This time there was a fairy child with a white bird and someone said to be careful for only three bites of that bird’s meat would heal the prince from the fairy enchantment. Kate rolled out some hazel nuts, distracting the child, and took the bird. She cooked the bird and fed the prince. The prince was healed and the King gave the bag of silver, the bag of gold, and offered anything. Kate wished to marry this prince and became known as Kate Crackernuts. The other prince married the other Kate. There were still two Kates in the same royal family.

What stories of kindness do you know associated with the Orkney Islands or Scotland?  Anywhere in the world – past or present?  Please share in the comments…or anything on your mind.

While you enjoy this blog, Story Crossroads has year-round offerings including the culminating Festival on May 23, 2018 (see schedule here: https://storycrossroads.com/2018-schedule/).

We thank our funders such as the National Endowment for the Arts, the Utah Division of Arts and Museums, the Western States Arts Federation, Utah Humanities, the City of Murray, the South Jordan Arts Council, Utah Valley University and many other individuals. Join us in the support by attending or donating or both! (Click here to donate or get tickets.)

Who Are You Anyway: A Deep Dive Into Creating Believable CharactersMarch 6, 2021
2 days to go.

Putting on happy feet so we have happy hands...thank you to those who have donated so far. We are almost a quarter of our goal in being able to add American Sign Language for Story Crossroads Academy, self-led online storytelling courses. Help us get that last part of this huge project for accessibility. See this 9 1/2 minute video that explains more: tinyurl.com/ASLforStoryCrossroads (with closed captioning). Any bit towards it makes a difference - from $5 to $50 to $100 to $1,000. Donate here: tinyurl.com/donateforASL-SC #StoryCrossroads #StoryCrossroadsAcademy #storytelling #fundraiser #AmericanSignLanguage #ThankYou
So many reasons...we are thrilled to have Laura Packer's e-workbook from January 2021 called "Character Driven Storytelling" as well as an upcoming e-workbook from Dr. Joseph Sobol to come out April 1, 2021. See full listing of benefits and join us here: http://www.storycrossroads.org/member. #storycrossroads #article #thoughtfularticle #laurapacker #eworkbook #josephsobol #commissionedwriting #commissionedstoryartist #storycrossroadsmemberships #jointoday #lifelonglearners